Mike Bachmann works in comedy.  As an Executive Producer, Mike has launched successful television shows for Fox, BET and Nickelodeon and winning web productions for Yahoo!, MSN and Google.  As a writer, Mike has worked in scripted television, talk shows and feature films.  And Finally, as a performer Mike has worked consistently in films, television, commercials and as a host and stand up comedian.

Mike resides in Studio City with his wife and three children and works out of his offices at Grainey Pictures in Marina Del Rey.  Mike is represented by Michael Pio at Innovative Artists.

For a more in depth look at some projects, please see below...

In May 2011, Mike was hired to help figure out how to help create a new and funnier take on entertainment news.  Something that can be funny in late night and still compete with ET and TMZ in access and talk shows in midday.  It was no small task.

from around the country offering a fresh and funny take on the day’s biggest stories.

After several weeks working on defining the show format and direction Mike moved into the field to work directly with talent. 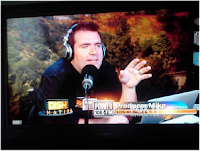 By the time the first episode aired on July 25th, 2011, Mike was working so closely with talent, that he was brought on camera as “Producer Mike” to help get more laughs and get the show picked up for series.  It worked. 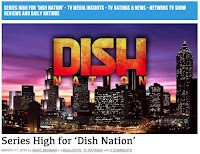 In July 2013, Mike took the reins at Dish Nation as the Co-Executive producer.  The show had started to lag in the ratings (.05 -.06) and Mike was moved up to find a new approach.  Despite challenges with time period downgrades, the passing of the show’s primary host, Kidd Kraddick and new competing shows, Mike managed to get Dish Nation back on track.  Ratings surged (.09 – 1.0)   Cost cutting measures were implemented to ensure that season three would prove that Dish Nation had staying power. 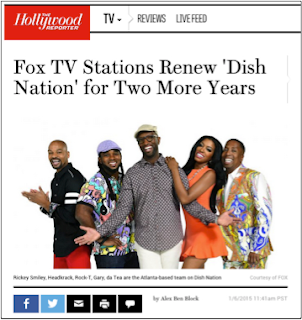 By August, 2014 Mike became the sole Executive Producer of Dish Nation.  The show had evolved from Radio DJs commenting on other outlet’s headlines to a show that now had it’s own respected research and investigation team and a network of partnerships that were generating original, exclusive content.  The website was revamped and grew from 30K visitors per month to over 1mm.  The DJs were accepted as full blown pop culture authorities and became frequent commentators on news broadcasts around the country.  Dish Nation became a household name.  Major outlets including the Huffington Post, People Magazine, US Weekly and every entertainment news program was now sourcing Dish Nation on exclusive stories  and re purposing Dish Nation interviews with A-List talent and viral stars.

On January 6, 2015 Dish Nation was renewed through the 2016 – 2017 season.  In February 2015 Dish Nation hit an average of 1.6 million nightly viewers and posted an all time record ratings high.  By March 2015 Dish Nation was up over 33% on the previous year and beating more establish programs like TMZ, and the Insider.  Dish Nation airs weeknights.  Local times and channels can be found at www.dishnation.com.

YAHOO! and PRIMETIME IN NO TIME 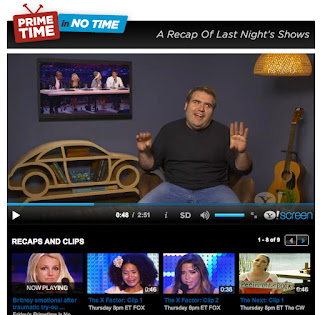 In 2008 Mike joined the launch team at Yahoo! TV on a new daily webcast, “Primetime in No Time.” (PiNT)
The short form show was a fast paced, comedic take on the most important moments in last night’s television. The key was to keep it on trend and funny, deliver it quickly and maintain the highest standards in production value. In addition to his writing responsibilities Mike was an Executive Producer and guest host on the show.  In 2012, PiNT celebrated it’s 1000th episode and exceeded 500mm streams, and has been referred to as “one of the most successful original programs in the history of the internet” by CBS Marketwatch.
PiNT remains the most successful daily program on Yahoo! and has evolved into a multi platform production including several spin-off productions including “Daytime in No Time” and a late night version franchised under the “In No Time” banner on Yahoo! Screen.

While at Yahoo! Mike also served as a comedy writer and panelist/host on “OMG’s The 411” a weekly recap of gossip, fashion and pop culture and a writer/co-host on “What’s So Funny?” a daily guide to the funniest moments on primetime television.

As a key creative partner at Grainey Pictures Mike works on projects in all media.  Working in Film, Television, and online, the team at Grainey relies on once unifying concept, great storytelling. 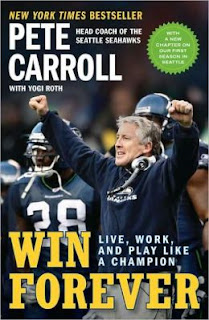 Win Forever
Before he won the Superbowl with the Seattle Seahawks’ Coach Pete Carroll wrote the book on how to win.  Mike worked closely with Coach Carroll to turn that book into an interactive experience online.  Using innovative tools and video and the right dose of humor. The Always Compete / Win Forever program helped coaches and executives learn to compete as their best selves.

ThinkB4U ProjectThe challenge was how to teach parents and kids about online safety without sounding like preachy dorks.  Mike worked with the team at Google, Fuel and Grainey Pictures to write, produce and even star in a series of interactive videos geared at a variety of users.

The Magic Mirror
ABC’s “Once Upon A Time” was just getting started and wanted to do something noisy online.  Mike worked with Grainey to create the Magic Mirror.  Users type in any question in the universe and get personalized, specific answers.  Mike had to create hundreds of scenarios to make this a unique and special experience.  It was like using Siri to tell your future.  The response on social media was phenomenal as Mike created the perfect balance of heartfelt, fun and funny responses to life’s most important and inane questions.

After working with Madeleine Smithberg (one of the creators of the Daily Show) and Sarah North, on the launch of Dish Nation’s test run, Mike found a way to work with them on even more projects on breaks from Dish Nation.  With the Mad Cow team, Mike worked on pilots for “The 5th Hour” and “Don’t Sleep hosted by TJ Holmes.”  When Sarah North joined forces with Rainn Wilson’s Soul Pancake, Mike was once again invited to write on projects there as well.

Nickelodeon realized that after the kids went to bed, mom was still watching Nick and “Nick Mom” was born.  Mike worked as the head writer to pilot new content for the mom audience.  The answer was “The 5th Hour.” Imagine a parody talk show that takes place during that fifth hour of morning television.  Imagine Hoda and Kathie Lee after a few more glasses of wine and in a much smaller market.  That was the idea behind “The 5th Hour.” It was real news delivered by fake personalities and moms loved it. 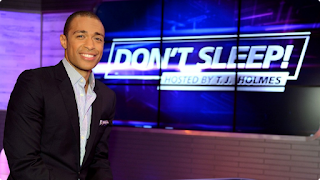 BET Networks took a risk and convinced the award-winning journalist TJ Holmes to leave his post at CNN and launch his own new late night talk show on BET.  With only a few days before taping the first episode in front of a live studio audience, the scripts needed work.  They needed to be funnier, edgier, more relevant and capture TJ’s voice.  Mike was hired to work with writing and producing team to help the show find its way.  By the time the audience was seated, BET had a winning combination and went on to take “Don’t Sleep” on a successful series run. 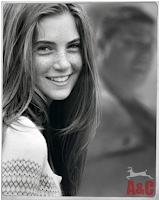 A 30 minute scripted comedy about working retail at a store like Abercrombie and Fitch when you’re not gorgeous.  As a result of a class action lawsuit, the store “Applemouth and Cox” has to let the uglies work up front sometimes. 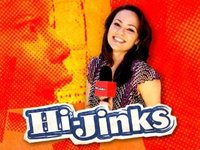 Parents play elaborate hidden camera pranks on their kids.  The big problem was the tears.  Mike was brought in to find the correct balance of comedy and knowing how far parents/production can go with out causing lifelong emotional damage. :)

In an era of listicles and countdowns, Mike worked with Jamie Kennedy, MSN, David Garrett and producer Tony Dimond to create the parody countdown show.  The show presented such infotainment as “The 50 Greatest Scripted Moments in Reality Television” and “50 Greatest Child-aged Fighters.”  The project bounced around to different online networks for several years and eventually found a home on Ripe TV.